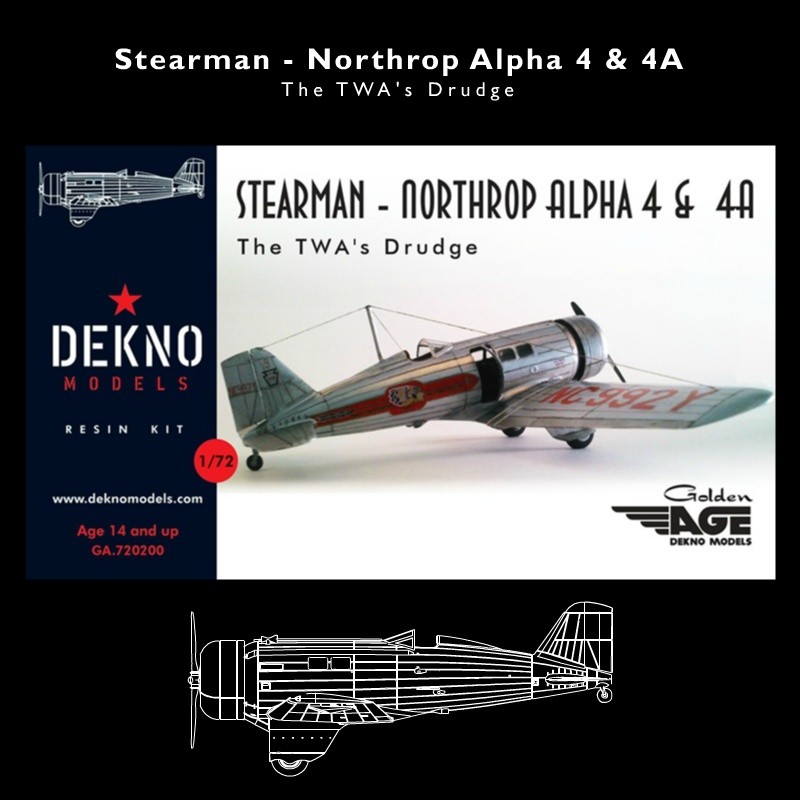 The Northrop Alpha was single-engine, all-metal, seven-seat, low-wing monoplane. Created as mail plane and passenger plane, it was the first of the family Northrop aeroplanes named by the greek alphabet, Jack Northrop was revolucionary in the stressed-skin wing, his aplication allowed the cover of the evolution to the family Douglas Comercial (DC-3)