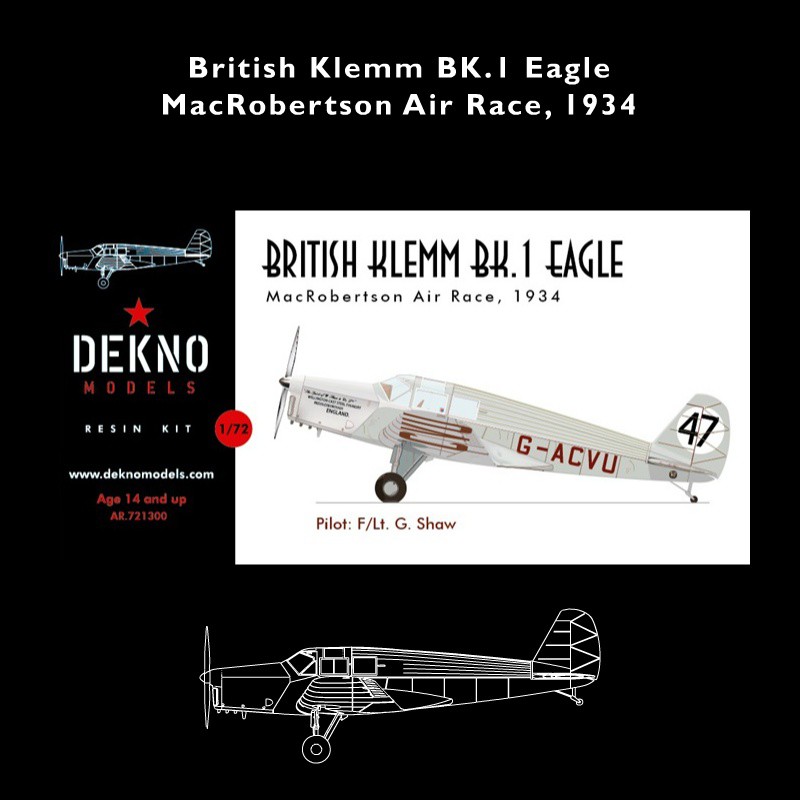 The British Klemm BK.1 Eagle registrated G-ACVU took part in the 1934 MacRobertson Air Race with the number 47 and piloted by Geoffery Shaw,who bought the G-ACVU in July 1934 which bore the inscription "The Spirit of W. Shaw Co. Ltd . " Wellington Cast Steel Foundry, Middlesborough, England", in honor of his father and owner of the Wellington Cast Steel Foundry company. The plane was withdrawn from the race in Bushire, Persia due to a broken landing gear. It was later restored and resumed flying until 1936. 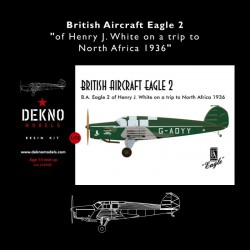